Tuna is a popular food dish in the United States, and it always has been. Whether it’s tuna casserole or tuna salad, everyone loves snacking on tuna. Canned tuna is the second most popular seafood in the United States, only behind shrimp. According to extensive research, Americans consume around 1 billion pounds of tuna each … Read more Chicken salad is a popular dish that works for any kind of social gathering. Whether it’s a family dinner, an office party, or a lunch at the church, chicken salad works every time. It’s a classic dish that is delicious, healthy, and very easy to make. You can serve it as an appetizer or a … Read more People are always looking for ways to eat healthy and air fryers provide the same with ease and simplicity. Air fryers are all the rage nowadays and for good reason. They are cheap, easy to use, energy-efficient, and way healthier as compared to their counterpart, the deep oil fryers. However, some people often get confused … Read more Air fryers have become a must-have kitchen appliance in recent years, especially for people maintaining a healthier lifestyle. Air fryers provide the same tasty and crispy meals as the deep fryers without the added calories. A few years back, only a small number of manufacturers were making air fryers. However, the market grew as the … Read more 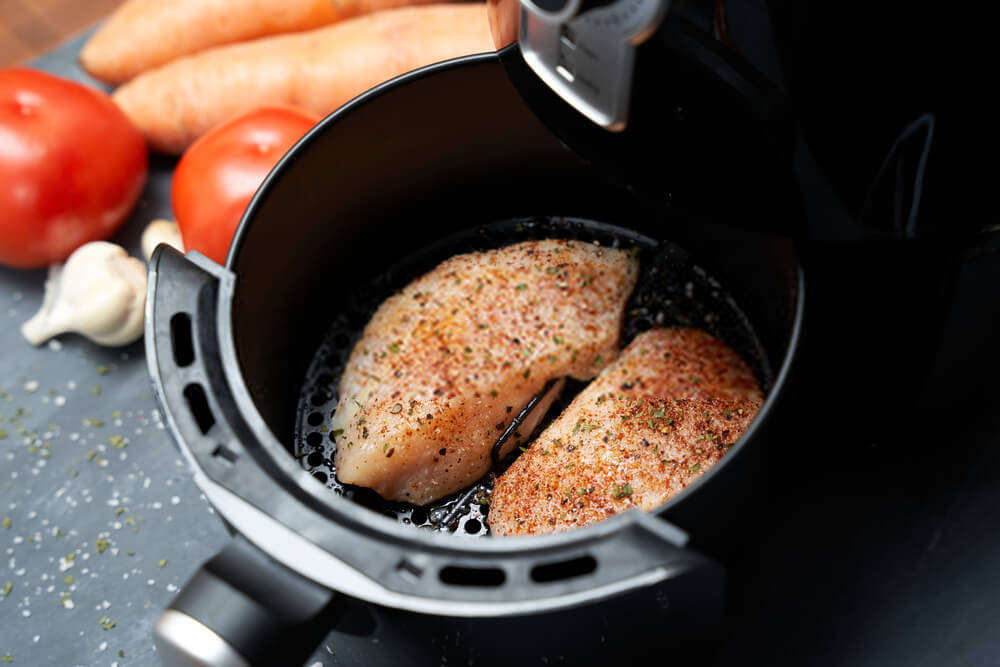 Yes, you can use an air fryer as a microwave oven unless you want to heat up liquids. Some of the latest air fryers have the feature that can reheat cooked food. However, air fryers and microwaves use different heating mechanisms, due to which results may vary. For cooking, an air fryer is better; but … Read more A few years back deep fryers were the only option for frying food. French fries, crispy chicken, all were made in heavy and bulky deep fryers filled with oil. Thanks to the rising awareness about the consumption of too much deep-fried food, people reduced the usage of deep oil fryers. This paved the way for … Read more As per the United States Agriculture Department, potato is the fourth most consumed crop in the world and the No. 1 vegetable crop in the United States. They are cheap and easy to grow and nutritionally rich. However, there is more to potatoes than meets the eye. Everyone loves it &  wants to know how … Read more Air fryers allow us to enjoy our favorite deep-fried foods without the guilt of consuming oil and fat. Though maybe less of it, air fryers still use oil and grease for cooking. Even that little grease can sometimes reach the bottom and start to build up. So, the best thing is to clean your air … Read more Hot Pockets are a household item and you would hardly find a freezer in the USA that doesn’t have a box or two of Hot Pockets. But how did they become the go-to snack in America? Hot Pockets were first sold in 1983 in the stores and these were invented by two brothers, Paul and … Read more